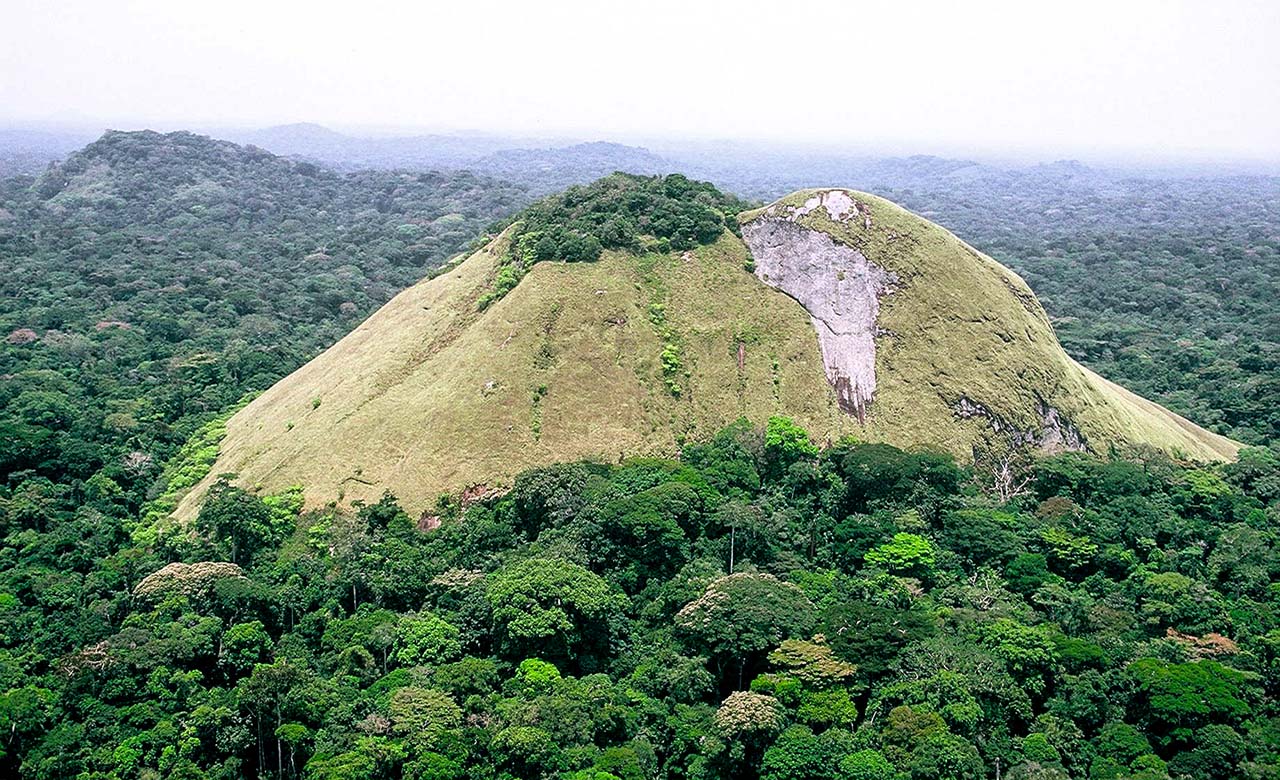 There are three types of terrain:
The coastal plains: The coastal plains are wide and vary from 20 to 300 km to the west of the country. They include; the Nyanga and Ngounié karst plains, the Lopé plain, the plains of the Lakes region, around Lambaréné and the maritime and interior Ogooué deltas.
Mountainous massifs: The mountain ranges include the Crystal Mountains northeast of Libreville, the central Chaillu Massif (culminating at 1,020 meters at Mount Milondo) and the Mayombe Massif extending 800 km parallel to the coast of the Atlantic Ocean.
Plateaus and hills: The largest set of plateaus is located in the northeast (Woleu-Ntem and Ogooue-Ivindo). The Batéké plateaux, east of Haut-Ogooué province, present a savannah landscape in the middle of the forest. According to estimates, 77 to 85% of the territory is covered by forest. Gabon has the highest per capita forest area in Africa. The highest point of Gabon is Mount Bengoué, (alt.1,070 meters), in the northeast of the country in the Ogooue-Ivindo province. 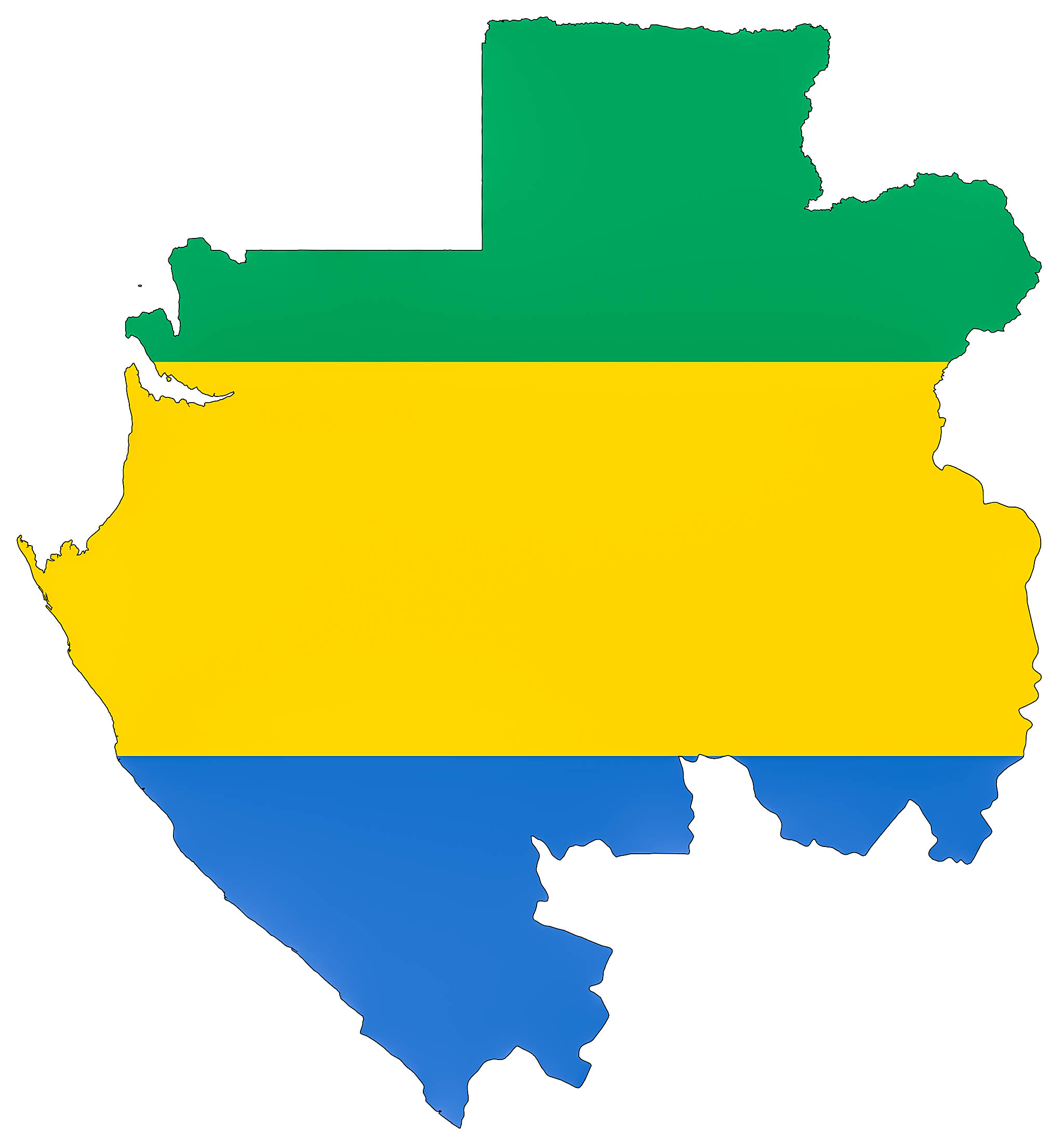 With a population of 1 995 659 inhabitants (2018) and an area of 257 667 km², Gabon is a central African country, bathed by the waters of the Atlantic Ocean in the Gulf of Guinea. The relief of Gabon consists of a low coastal plain, hills in the interior of the country and savannahs to the east and south. About 77 to 85% of the country is covered by the forest. Its subsoil is rich in minerals and oil.
Gabon shares 2 551 km of borders with three countries: Equatorial Guinea (350 km border) to the North, Cameroon (298 km border) to the North; the Republic of Congo (1,903 km of border) to the South and East and a coastline of 885 km to the west opening on the Atlantic Ocean.
Located at the equator, the country is rugged and rests on the old eroded base of Africa. Its territory occupies, for the most part, the Ogooué River basin, whose delta leads to a coastal plain dominated by a hinterland of plateaux dotted with heights (Cristal mounts in the north, Chaillu and Achango mountains in the south). The coast, rectilinear and lined with lagoons, is cut in the north by deep rias (estuary of Gabon). Further south, the Cape Lopez peninsula advances into the ocean.