The wonderful agile Mangabey in Dzanga-Sangha 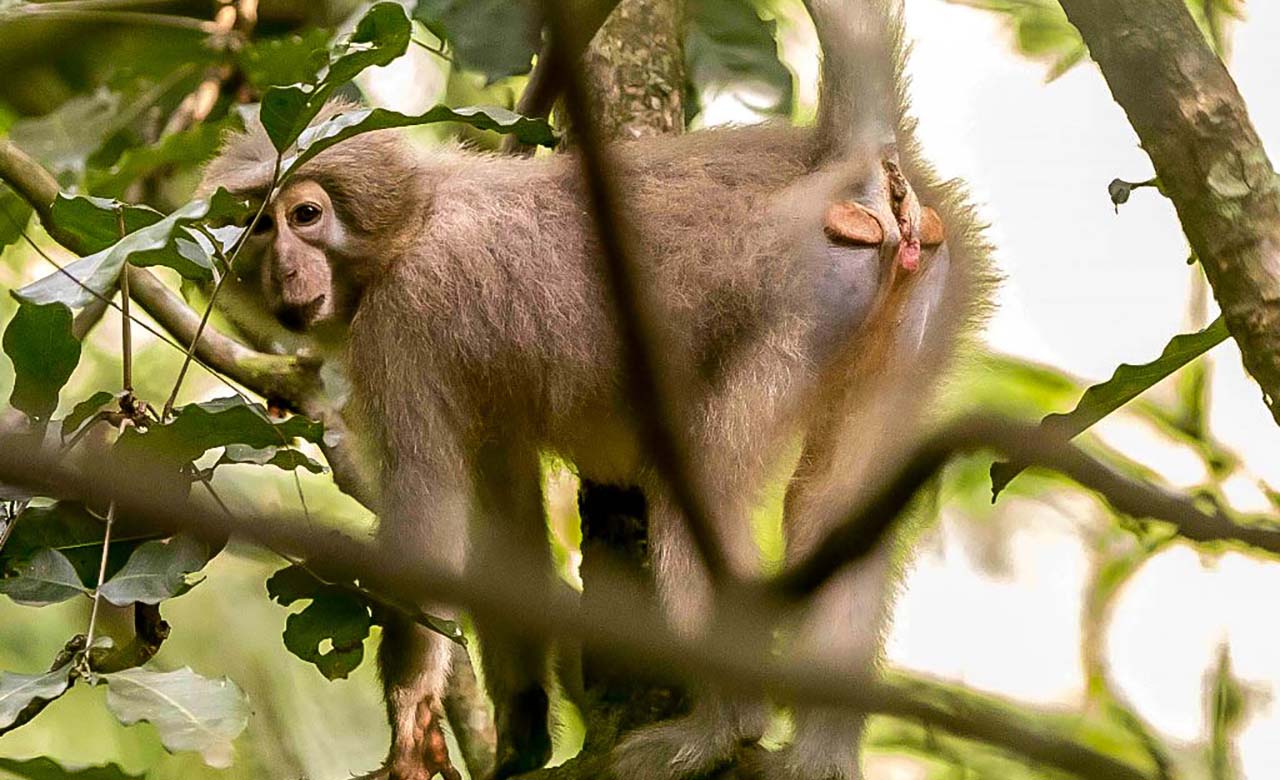 Mangabeys are primate mammals belonging to the Cercopithecinae family. They are commonly found in the tropical forests of Equatorial Guinea, Cameroon, Gabon, Central African Republic, Republic of Congo and the Democratic Republic of Congo. There are about ten species of Mangabey (crowned mangabey, white-collar mangabey, crested mangabey, etc.), they are quadrupeds which measure approximately 75 cm, they can weigh up to 14 kg and their life expectancy is approximately 30 years. Their coats can be golden brown, gray, dark brown or soft black, depending on the species or subspecies, usually with a lighter color on the belly.

Mangabeys live in a group made up of several males and females, a group can include up to twenty individuals and is led by a dominant male. Gestation lasts about six months and the female gives birth to a young, twins have sometimes been observed but remain rare. Young Mangabeys generally have a darker coat than adults. The agile Mangabey has a generally dull short olive-gray coat, bare skin on the face and blackish feet. Males can measure between 51 and 75 centimeters and can weigh around 7 to 14 kilograms while smaller females measure only between 44 and 55 centimeters and weigh between 5 and 7 kilograms. All Cercocebus have a longer tail than their body, which ensures their balance when moving and jumping through the canopy of the rainforest. 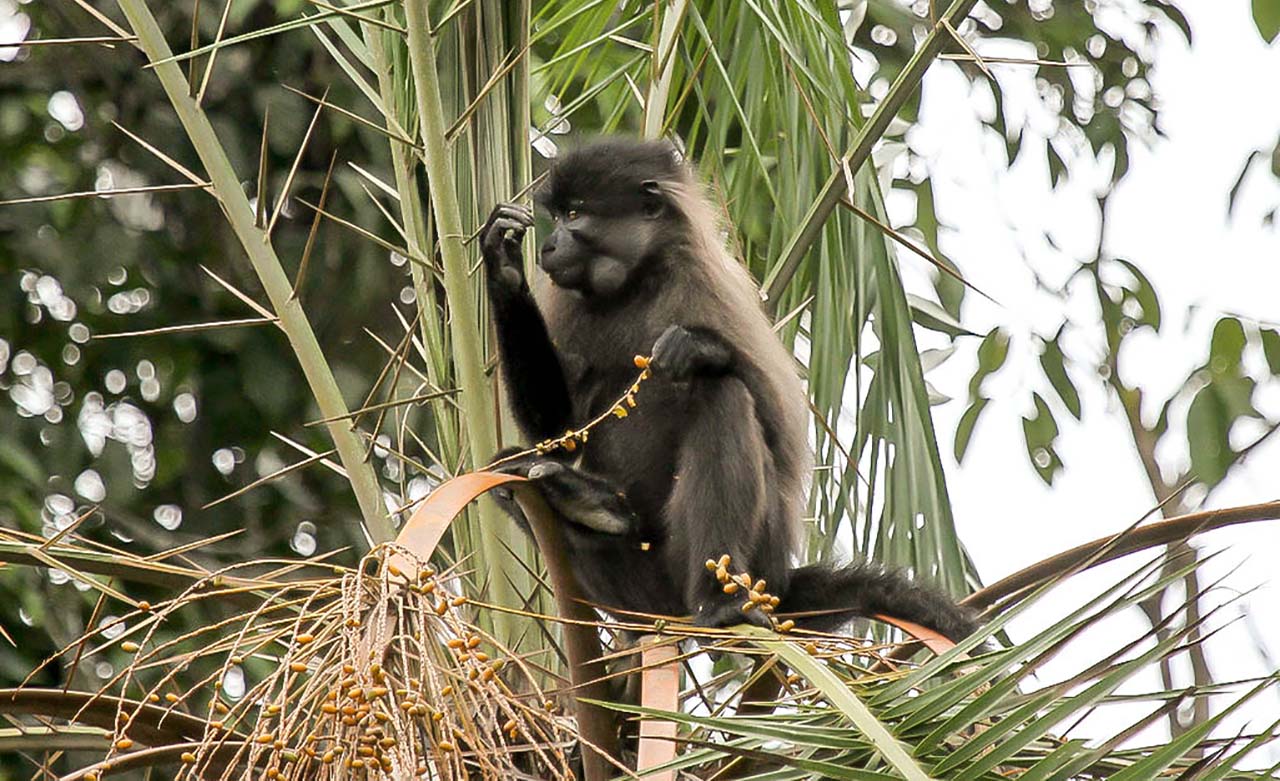 Fruit makes up a major portion of the agile mangabey diet. They are known to eat at least 42 different fruit species. Their tooth structure and powerful jaws allow them to open tough pods and fruits that many other monkeys cannot access. Agile mangabeys eat from a number of dominant swamp-forest trees, including dika nuts, sugar plums, and many other species. They also eat fresh leaf shoots from raffia palms when fruits are scarce. Grasses and mushrooms, as well as insects, other invertebrates, bird’s eggs and some vertebrate prey, such as rodents, are also eaten. 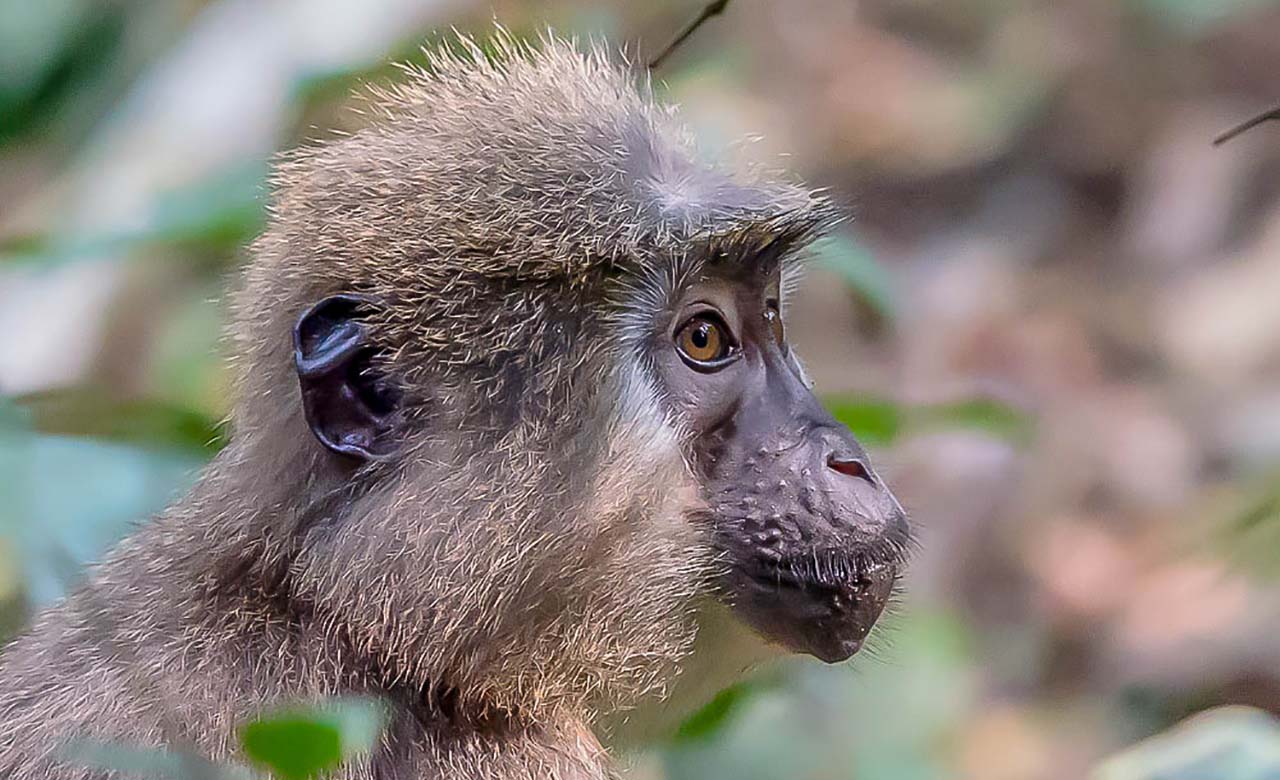 Although generally arboreal, they are active during the day and spend a large part of their time on the ground, especially during the dry season. They are heard much more than one sees them because when approaching a danger they disappear in the trees. They communicate by emitting shouts, which for example serve to bring the group together and maintain social cohesion. Other shouts are made to warn group members of potential danger. 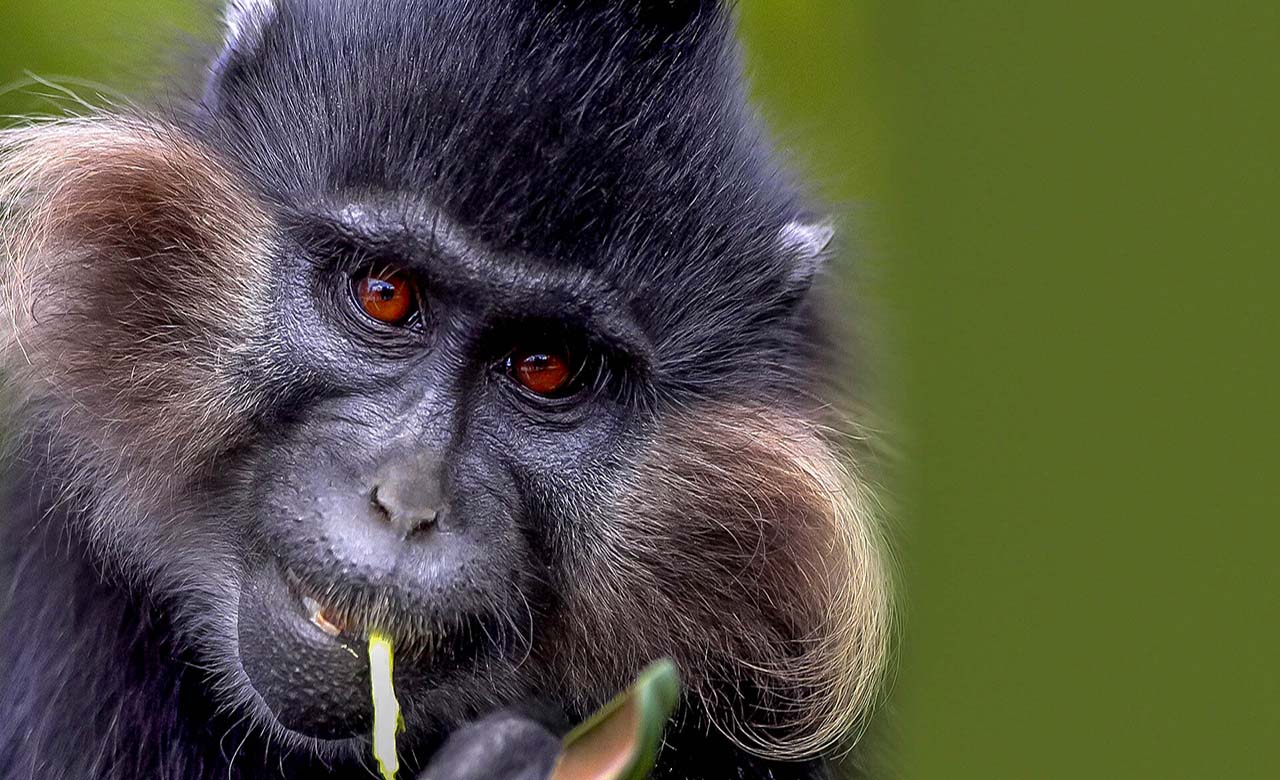 The agile Mangabeys are among those animal species of Central Africa about which we know very little. It is therefore difficult to determine their state of conservation. But the mere fact that they are endemic to the area north of the Congo River justifies their protection. The loss of their habitat is a constant threat to the agile Mangabeys as well as to all species of the Central African rainforests. Mangabeys are also hunted for their meat, but deforestation remains one of the major problems facing animals in African forests. Because Mangabeys are fond of fruit, they very often loot fruit plantations and are often seen as pests and killed by people. The Mangabey Cercocèbes is listed as

threatened by the International Union for the Conservation of Nature.

The agile mangabeys at Dzanga-Sangha 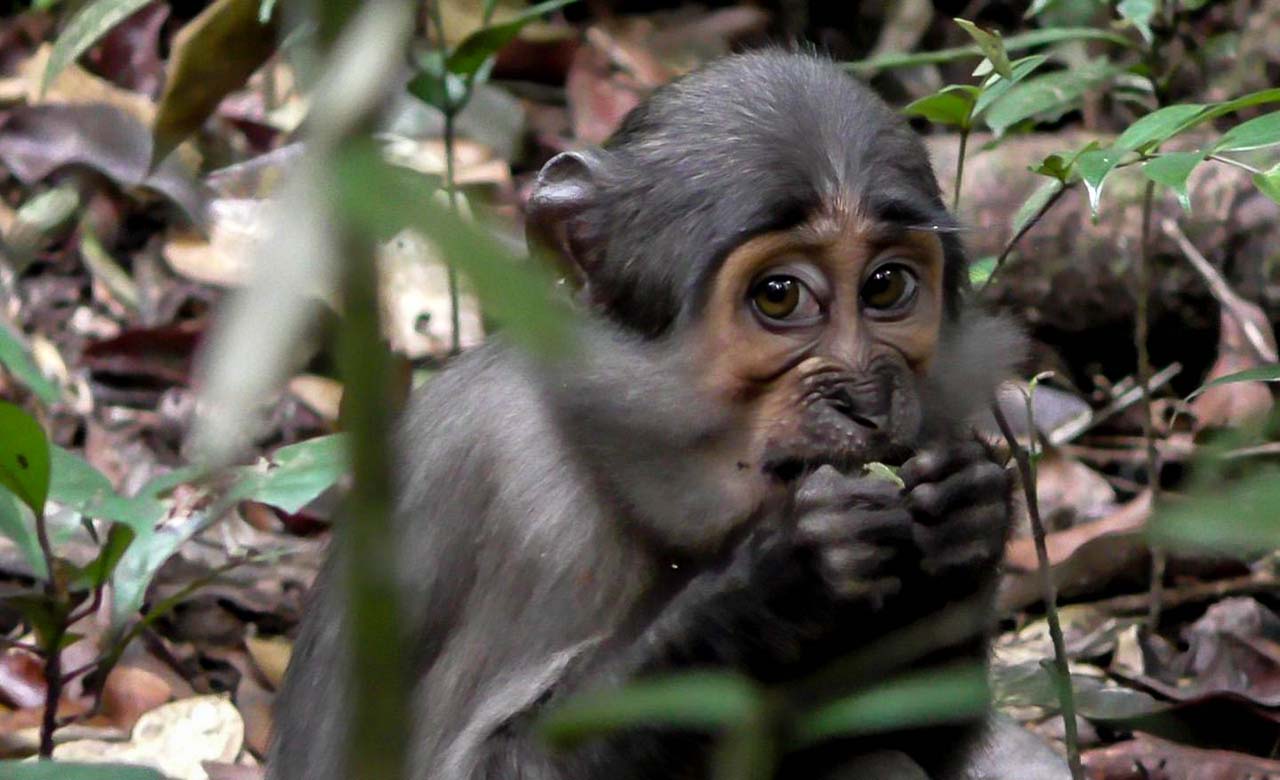 The Dzanga-Sangha Trinational offers a unique opportunity to observe agile Mangabeys closely. Large groups of up to 300 individuals can be observed and photographed, they are used to human presence and that makes observation much easier.