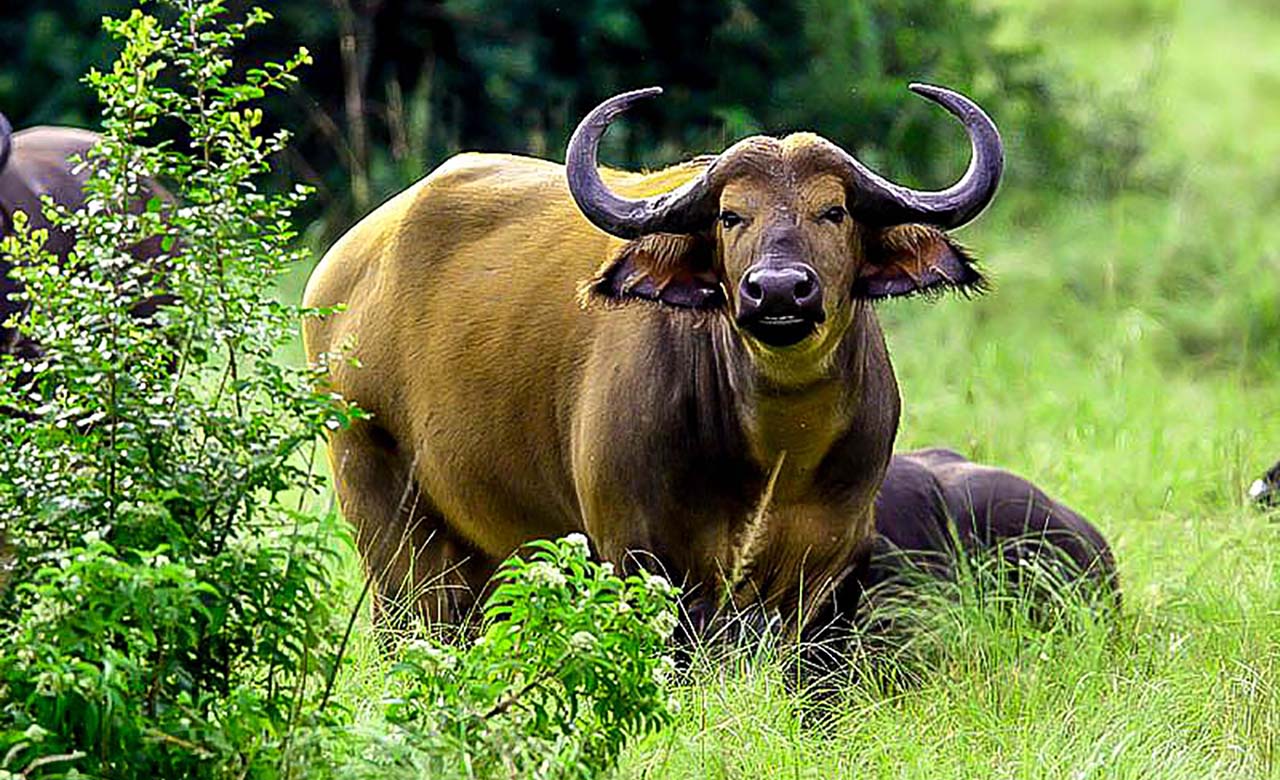 Also known as the “dwarf buffalo” (Syncerus caffer nanus), the African forest buffalo lives in the tropical forests of West and Central Africa. However, the home ranges of these subspecies are generally made up of a combination of marshland, grassy savannas and forests. The savannas are mainly used for food while taking advantage of the forest cover sheltered from predators as well as the marshes to wallow in the mud. He rarely ventures into the deep canopy of forests, preferring to stay on the edge of them. While the Cape buffalo can weigh up to 900 kg, form herds of around 20,000 animals and cover areas of almost 1,000 km², the forest buffalo does not exceed 300 kg, which represents only about one-third of the size of the African buffalo. The herds are reduced to 25 or even 30 animals maximum and the distances covered are approximately 8 km². He has poor eyesight, a fine hearing and an excellent sense of smell.

A typical herd consists of a male (sometimes two), a harem of females and young calves. Unlike the Cape buffalo, which only joins the females to reproduce, the male dwarf buffalo stays with the herd permanently all year round and very often throughout its life. The small herds formed by the dwarf buffalo offer good protection against predators. Its weight is not the only characteristic that distinguishes the forest buffalo from other subspecies. Indeed, its coat is reddish-brown, its face is darker and its horns are less developed than those of other species and subspecies. The buffalo horns are generally short and directed backward, thus facilitating their progression through the forest and constituting an effective defense. The female is smaller with thinner horns and more apart. 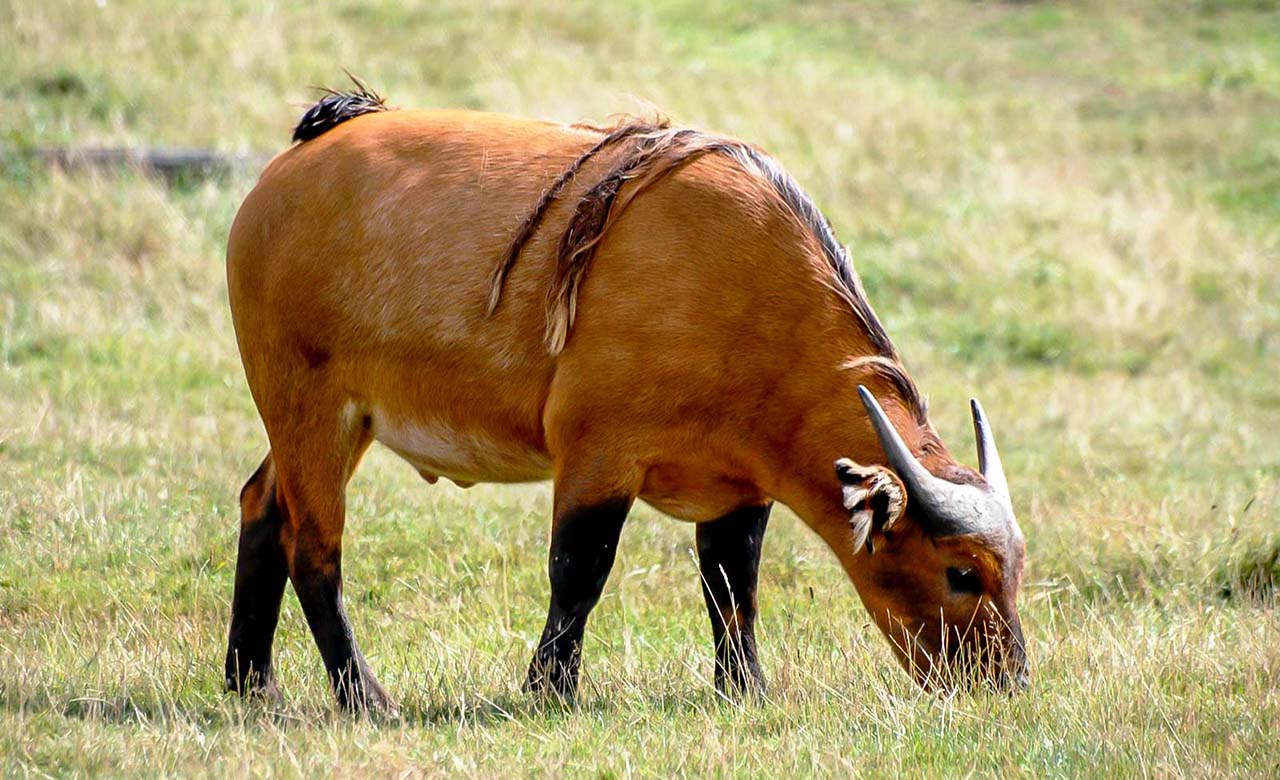 The dwarf buffalo diet is mainly composed of grass and various plants found in savannas and clearings. The variety of habitats is essential for the buffalo. The expansion and encroachment of the tropical forest, as well as savannahs, are a major difficulty for the maintenance of ecosystems. This bovid is often found next to old roads and forest tracks, where the forest is less dense and where grass and other food grow. In addition to grasses and clearing plants, the forest buffalo needs shade and constant access to water.

Although figures on the exact number of forest buffalo population living in the rainforests of the Congo Basin are not available, we can, however, say with certainty that the population of forest buffalo has decreased considerably in recent decades. Forests destruction and poaching are serious threats to the buffalo populations. A visit generates the necessary funds aimed at fighting poaching, which is a permanent threat. 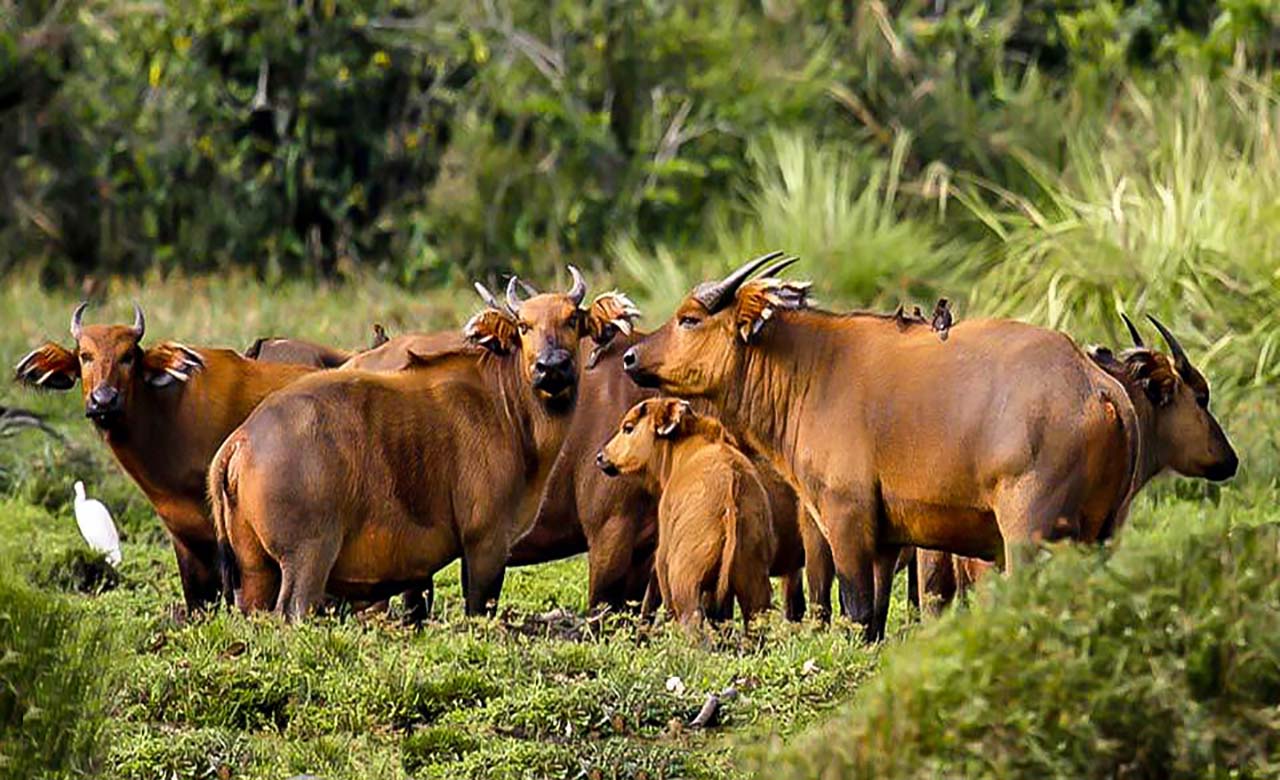