Discovery of the Sangha Trinational 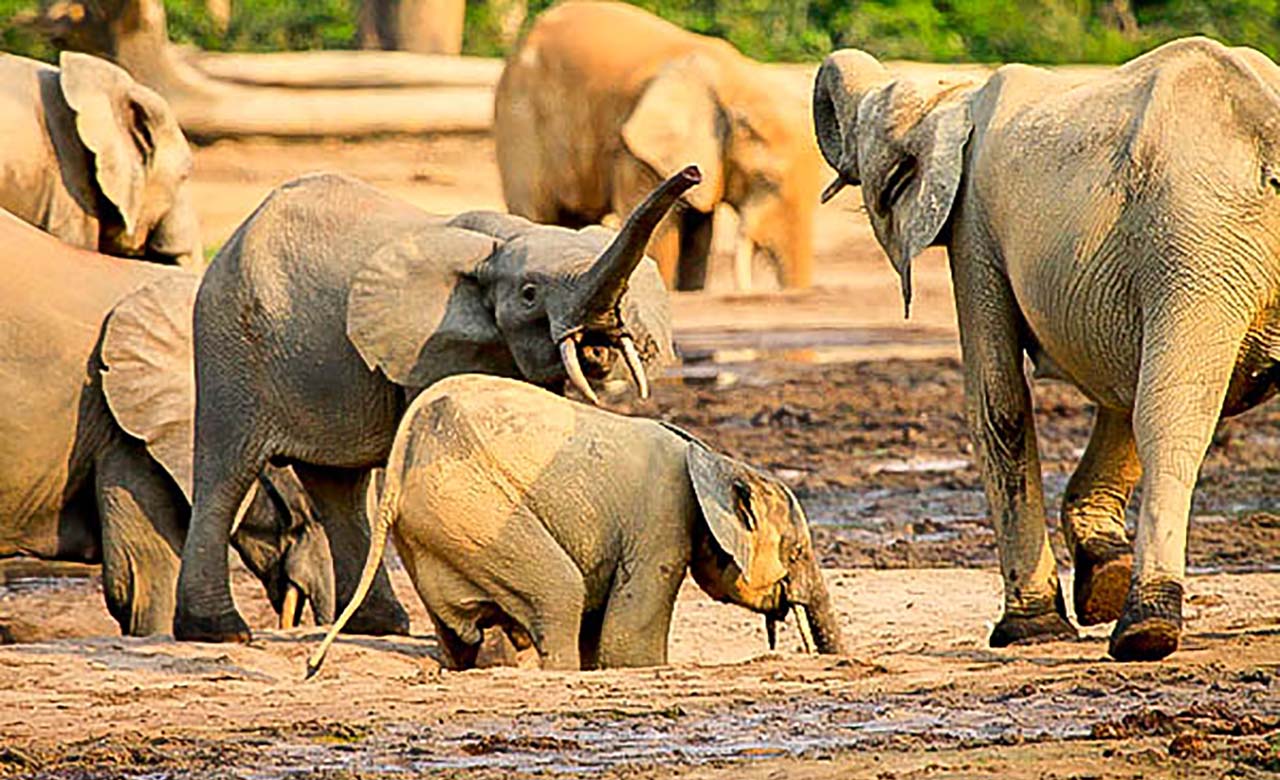 Created in 1990, the Trinational of Sangha (TNS) is a special reserve of dense forest. It includes three national parks covering a total area of 746,309 hectares. The Lobéké National Park in Cameroon, the Nouabalé-Ndoki National Park in the Republic of Congo and the Dzanga-Ndoki National Park in the Central African Republic. The special reserve is divided into five zones, each with a specific purpose: hunting safari; community hunting; logging, rural development, and game farming area. It takes its name from the Sangha River, which is a tributary of the Congo River, it crosses, irrigates and offers the National Park a great wealth of aquatic ecosystems.

The park is jointly managed by the Central African government and the World Wildlife Fund (WWF). They set themselves the objective of preserving animal species in the forest; the conservation of representative ecosystems and the satisfaction of the needs of the local populations according to the conservation principles. A significant part of the funding and technical support is provided by international partners. 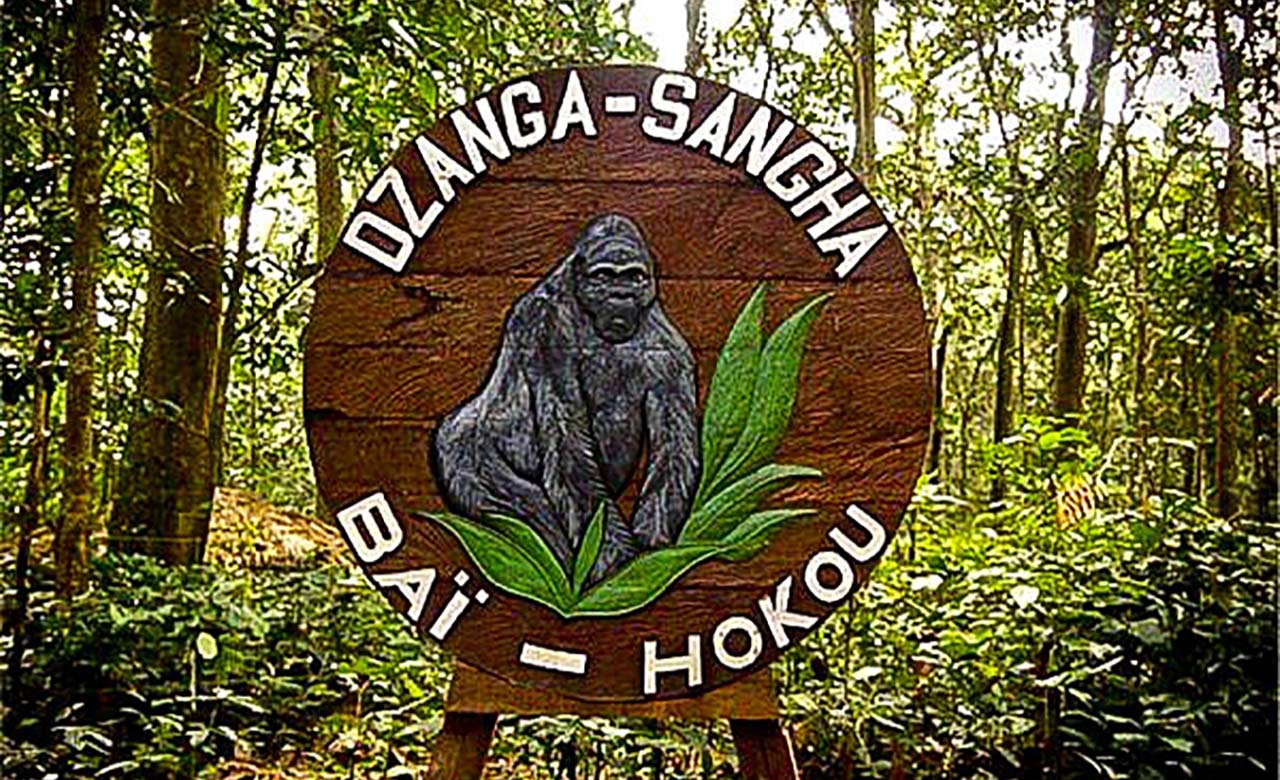 The Trinational is made up of a mosaic of ecosystems, including rivers, streams, swamps, typical grassy clearings, marshes, diverse and important flora and fauna. The clearing of Dzanga Bai hosts around 103 mammal species, including 16 monkey species, 13 carnivore species, and the most represented group is that of rodents with 33 species. Among the emblematic species, there are the largest forest elephants populations, Western lowland gorillas, Chimpanzees, Colobus Vellerosus locally called “Magistrates”, Bongos, large families of antelopes, African forest buffalos, river hogs, forest hogs, which are giant boars of African forests, several duikers species, the Cape Aardvark,

two Pangolins species, white-cheeked otters, panthers and many other species. The clearings or “Baï” allow to easily observe the wonderful fauna. 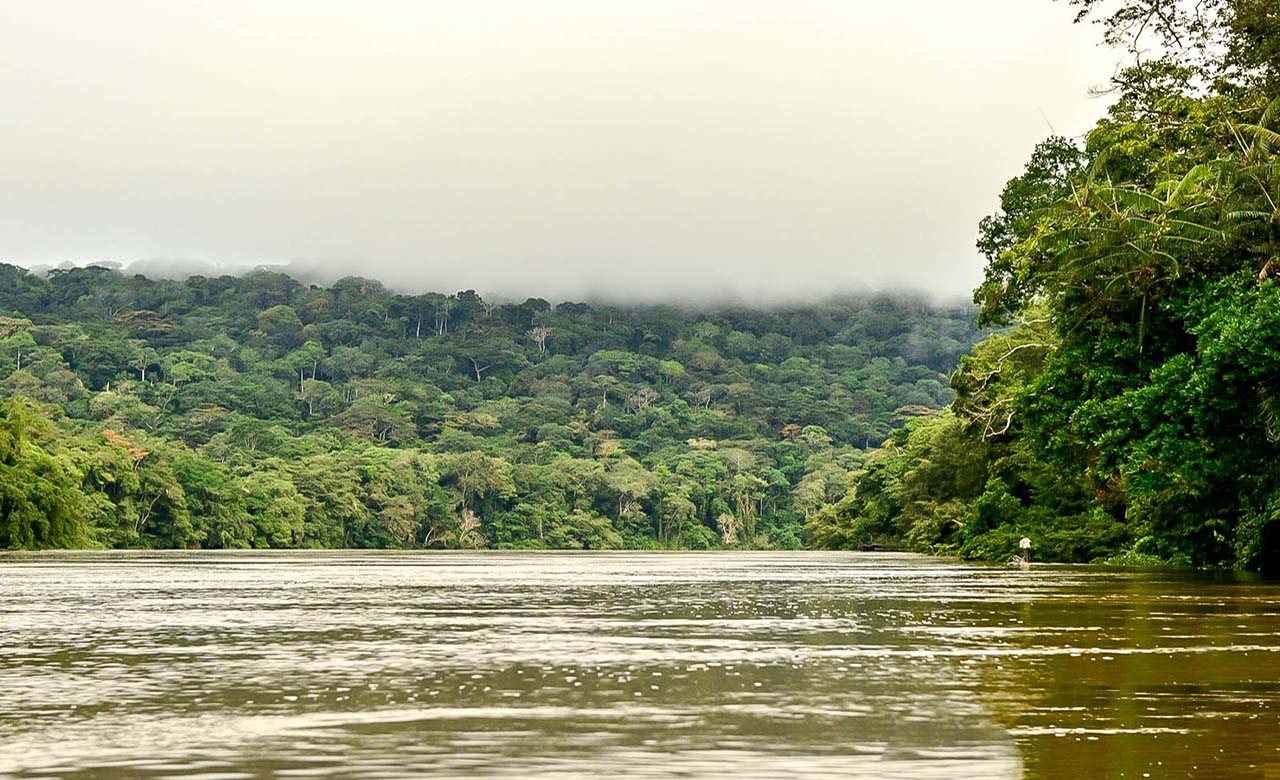 The Trinational is crossed by a dense hydrographic network whose central axis is the Sangha River, a tributary of the Congo River. It represents the second watershed in the world by its size and by the richness of its biodiversity. The aquatic ecosystem is home to Nile crocodiles, African Gharials and dwarf crocodiles. The Trinational is endowed with a large fish diversity, around 300 species have been identified. There are many fish species such as the Alestidae family, the Goliath Tigerfish, the electric catfish, the Aplocheilidae, the Cichlidae including the genus Tilapia widely consumed worldwide, the Claroteidae including the genus Auchenoglanis, the Cyprinidae, which are carp such

as the Labeo or the Barbus, the Mochokidae including the genus Synodontis and the Schilbeidae. You can also observe hippos on the banks of the river. 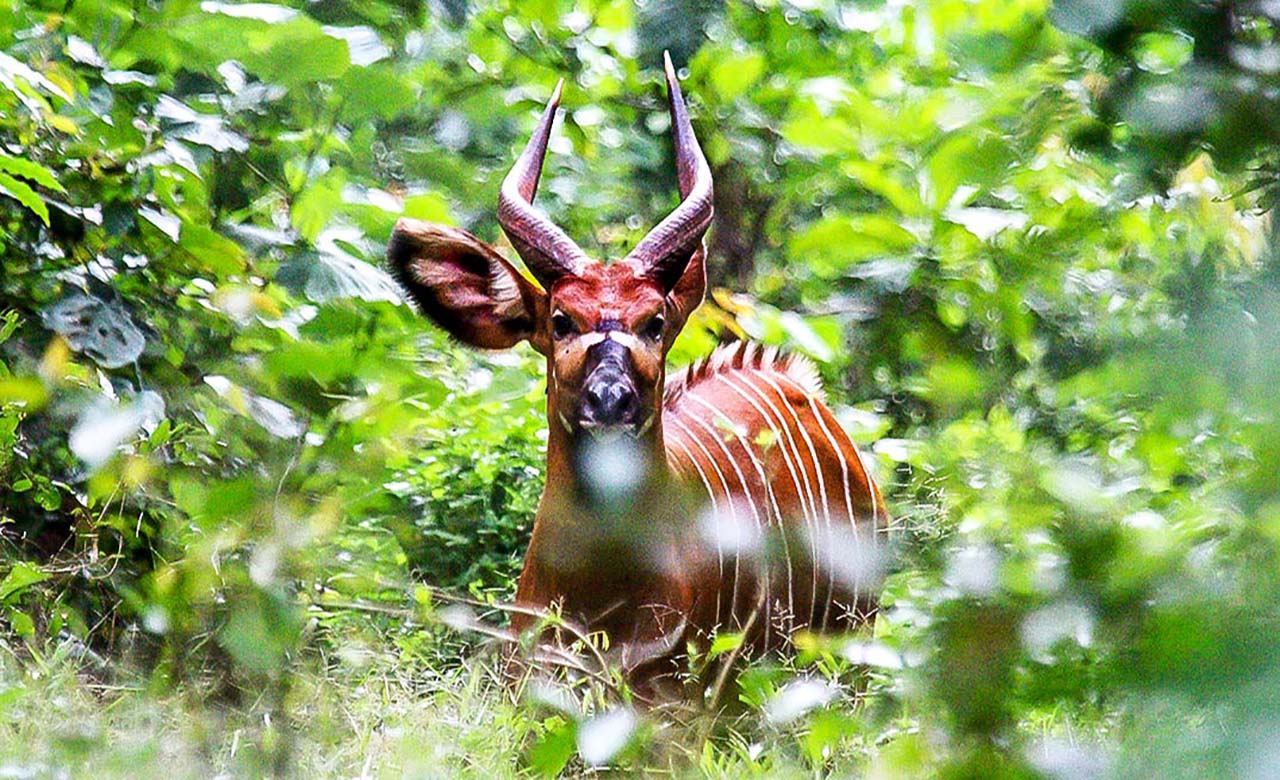 The forest environment is made up of about 440 tree and shrub species on the Cameroon side, 208 tree species divided into 48 families on the Central African Republic side. About 1000 plants and tree species have been recorded in the Congolese part of the Trinational. The park is home to Euphorbiaceae, Meliaceae, Cesaplinaceae, Annonaceae, Ebenaceae Rubiaceae, Fabaceae and many other species. 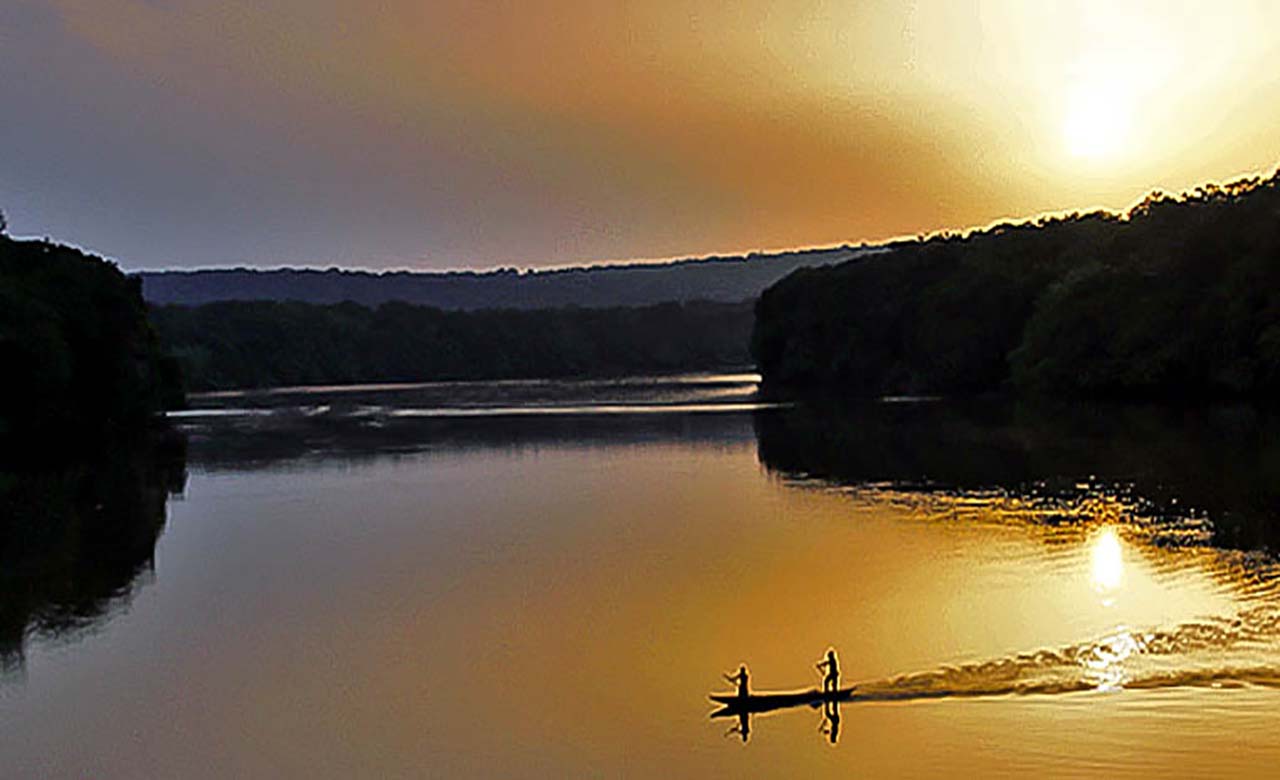 Canoe trip on the Mossapoula River, a tributary of the Sangha with a confluence located tens of meters upstream from the hotel. Embarked on a frail dugout carved from a single tree trunk, visitors must first get used to the instability of the boat. But Mossapoula is worth the visit because it allows an interesting view of an African forest. The visit to Mossapoula takes place in several stages, first crossing the swamp forest, then entering an open swamp towards the raffia canals. Interested visitors will have the opportunity to participate in the raffia wine harvest and taste it, it is really excellent. To better enjoy the day and the beauty of the landscape, this beautiful excursion begins

either early in the morning or in the afternoon from 3 p.m.

Hiking to a waterfall 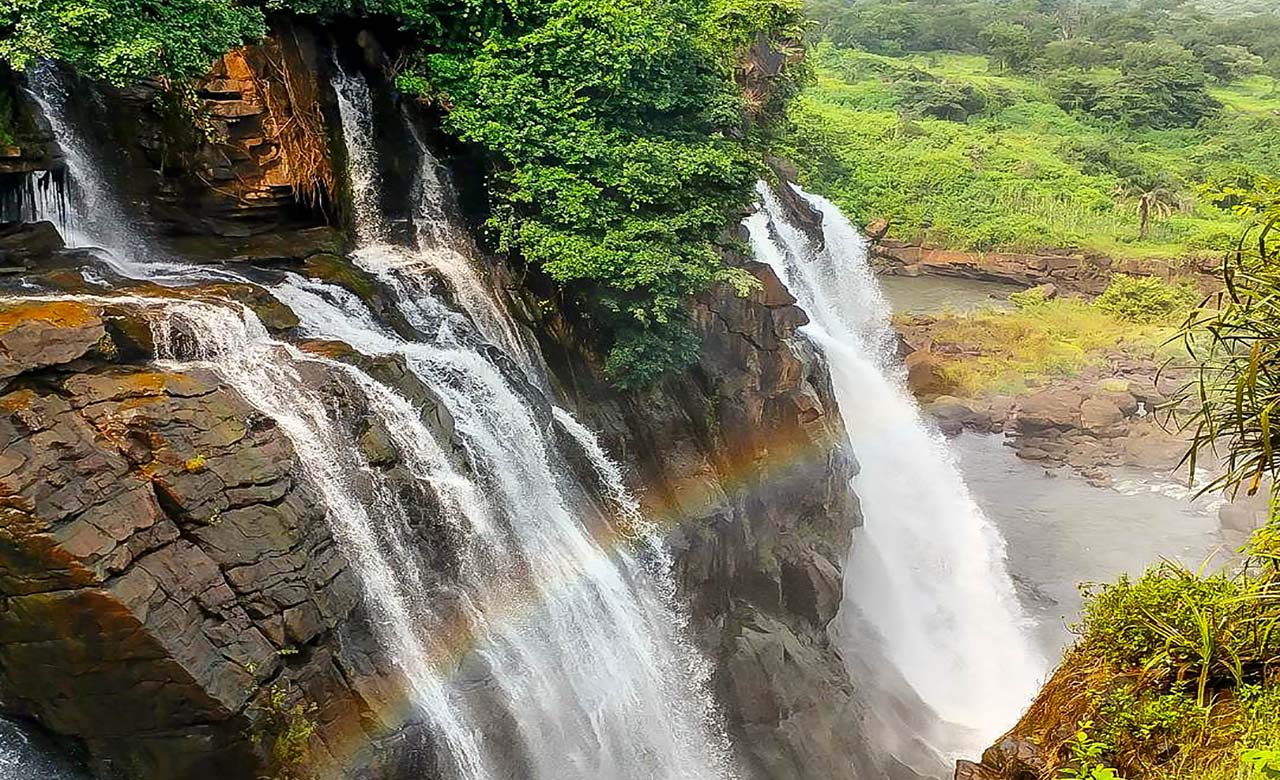 This hike begins with a navigation on the Sangha River. It is 500 m wide and you will observe the marvelous landscapes of the vegetation formed by the forest. A wonderful path through a magnificent tropical forest. The hike will then take you to a sumptuous waterfall for an unforgettable shower. It is possible to climb to the top of the waterfall and admire the canopy. With a little luck, you may encounter a rare bird, Grey-necked rockfowl also known as Grey-necked Picatharte. 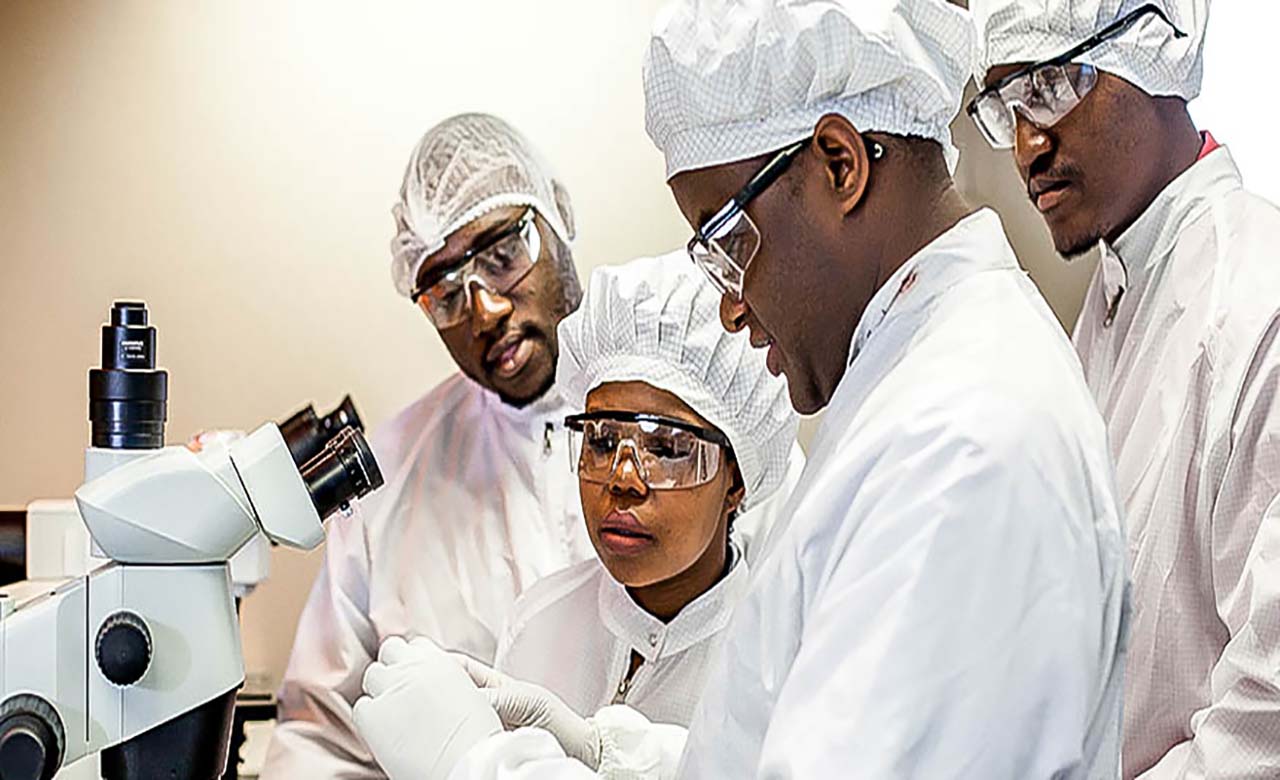 Due to the richness and diversity of its fauna and flora, scientists flock from all over the world to Dzanga-Sangha in order to study animals in their natural habitat. Research is very often based on the study of the behavior of forest elephants and gorillas in their natural habitat, to investigate the population dynamics of different species, or to deepen the knowledge about the rainforest ecology. The results of the impressive number of studies are incorporated into park management decisions. It is very important to understand how park management affects the surrounding communities and how to integrate them into decision-making for better protection not only of animals but of the